Good morning! It's been five days since I blogged - so much has happened. I am still unwell (bronchitis, apparently) but pushing through.

We shot down to the Hunter Valley, via Sydney, for the weekend (Sat-Mon) with friends and as I suspected, I put on a little weight. We attended two cellar door tastings on Saturday, another on Sunday and a final one on Monday. We ate out - I had chips for the first time in 6 weeks ... and wine ... and port .... and once I had already consumed those things having a little chocolate macadamia fudge seemed harmless .... oh, and there were two hot chocolates (skinny, huh!) and one of those had a giant marshmellow with it. Did I eat it, you ask? YES I DID! So there!

Feeling a little panicky on return late Monday night and set alarm for a session at the gym yesterday morning - but when it went off at 5.20am my bronchitis advised me to stay in bed for an extra hour. The weigh in : gained 1.5kg. My response : *&%#*! (loudly).

So yesterday - back to Dukan Diet Attack Phase : two scrambled eggs with basil and little cheese for breakfast, tuna in springwater for lunch followed by no fat yoghurt with bran for afternoon snack. Eye fillet for dinner. Green tea and water.

Weigh in this morning - now only .5kg over (lost 1kg yesterday, yay!) - went to the gym at 5.30am (despite still feeling icky) and had porridge with light milk for breakfast. I have raw salad (celery, carrot, capsicum, cucumber) and hard boiled eggs for lunch. I am having dinner with Jasmine in Brisbane tonight at a thai restaurant - so will choose a thai salad rather than my usual satay. Will go Attack Phase again on Thursday and should be back to the 5kg lost by Friday, at latest.

Email ThisBlogThis!Share to TwitterShare to FacebookShare to Pinterest
Labels: chocolate and diet, wine 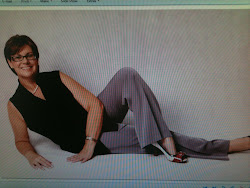